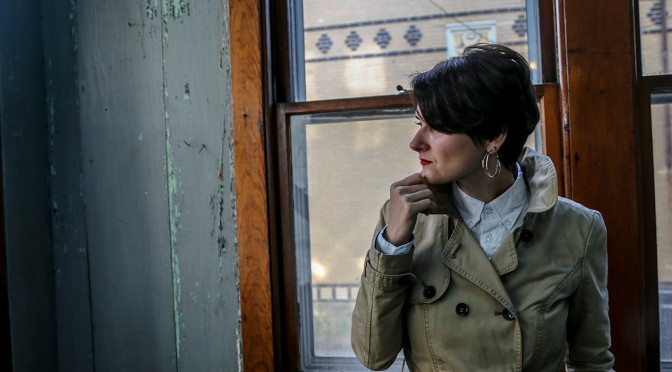 You shouldn’t tolerate because you become a partner in evil. The evil you participate in is always directed against you as well. Especially when it was originally meant against you.

Having tolerated once you begin getting used to it. You tolerate one stone on the road and in a year you have to go round a mountain of stones. A habit eats everything out like rust.

The word said now is better than a scandal postponed for later. A scandal is a way to turn the mountain into a mountain chain but not to dig a tunnel through. Instead of toleration you’d better say now, you’d better ask for explanations.

Tolerance is not acceptance; it is a savings account for future explosion. Something we live with now that we couldn’t think of a year ago. One rotten apple has spoilt the barrel. Don’t tolerate when you want to react.

But we are afraid to. You are afraid to lose the relations, including those with yourself, because reaction will show that the choice was wrong and that there is no love. Love does not tolerate, it demands more. It demands stronger!

But we are not kind and we are not loving. We are patient which means we are embittered. We can’t say a word or even open the mouth because they will not be words but a wild roar and immense destruction. We frighten ourselves.

Nonetheless we should talk. We should give up to emotions and talk. We should push out the cork, let we even do this with noise and stink. But first say to yourself: “I have been waiting for love for so long that there is only hatred left inside me”.

If your partner understands it you will come to an agreement word by word. If he or she does not, run. Habit to non-love is awful. It is like living in a house with mirrors facing the walls.

Can you cope with crises? Check it out. Take test. TAKE SHEO-TEST

Can you cope with crises? Check it out. Take test. TAKE SHEO-TEST

How can you fall in love with yourself? Declare your love first. The primary act of love to yourself is sincere declaration of non-love. A truthful and deep one. The one with purifying tears and feeling of liberation.

“I tolerate evil against myself and others. I do it not because I deserve it but because I think I deserve it. I gain according to my belief in myself. And I have none of it. I keep talking to numb the pain caused by the feeling of self-worthlessness. But I have had enough of it. My misery is my rejected “self”. Nobody loves it but me. What am I worth of if I turn away from and feel painfully shameful of the unhappiest part of myself? Who can I fall in love with if I keep this unloved child locked in a far room of my conscience? How long will it continue for?”

Have a deep look inside yourself. Face your denied depressed parts of yourself. We were afraid of them to be seen that is why we tolerated. But when we bring them in to the light and on the air we will not need tolerance and patience any more as they will be replaced by love being a far better advisor.