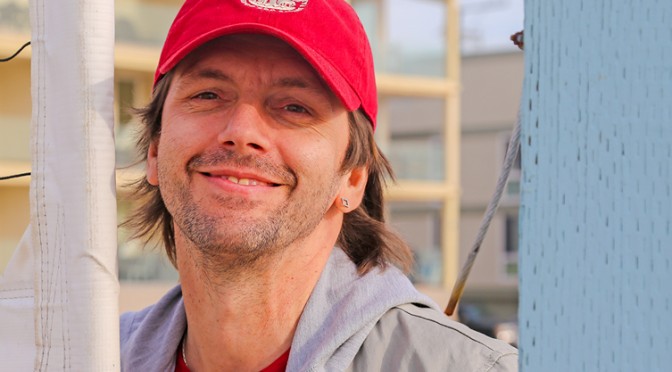 Evolutionally a woman pushes a man towards life improvement. She inspires him. Practically it means that a woman is never satisfied, like the fisherman’s wife in Brothers Grimm fairytale. She never has enough. It angers, but you will have to put up with it if you want to be in a relationship.

Women extend their evolutionally useful discontent to both definite men and menfolk as a whole through the idea of a “hundred-percent-he-man”, an unattainable ideal concentrating all possible male dignities.

At the same time it is a “he-man” who makes a woman suffer most, as the main male-associated feature is freedom. The ideal is not attainable as it harbors a contradiction:  a “he-man” is expected to refuse the values of freedom and commit to fidelity for a definite woman. But if it happens the ideal will effeminate, will cease being the ideal and will be of no more interest to a woman.

When a woman says she does not need anything else, she does not have any claims it is not true. It is her evolutional flexibility. The more a man believes to this the higher woman’s qualification is. But no matter how truthful it looks like a woman always wants a family. She wants it even when she is convinced she does not. (Men are the opposite.) Don’t hope to “just mess about” with somebody. You can only mess about with the one who considers you nobody.

A woman is no different from a man in her desire to be the only one – except for her ability to longer and more sophisticatedly be flexible while waiting for the one. That is why our wives and mistresses, ex and present, actual and potential make women suffer.

Both biologically and evolutionally total fidelity is impossible, otherwise humankind would have died out. But don’t rejoice at the things that are painful to others, especially to your dear ones. When you fuck everything that moves you are not a hero, you are a swine. Let it even be a charming swine. There is nothing to learn from or be proud of here.


Women cry. Everybody cries, but women cry much more often. This may be the reason why they live longer. That is why it is a silly attitude that a he-man would never let his woman cry. Let her cry! The only thing you should ensure is that she does not cry of being disappointed in you.

The fact that women talk about relations all the time means they do not understand what relationship is. I’ll tell you why it happens. Relations are when attention is paid to a partner, to satisfaction of his deep needs and demands. One should want to see and know how to see them first, and then should want and know how to satisfy them. Neither woman, nor men are able to in their majority, as women are concentrated on a family, and mean are concentrated on a penis, no matter how rude and trivial it sounds. A woman changes men for family, a man changes women for penis. It is not all rosy, but you’d better know.

The world is not stupidly designed: every person embodies both male and female features, needs and demands; it is their ratio that matters.

Biologically we are more inclined to revenge, evolutionally – to forgive. Revenge is a survival mechanism, forgiveness is a wellbeing mechanism. Revenge does not require any additional efforts – dark subconscious forces do their job. Forgiveness, ability to forget discomfort caused by another person is a voluntary spiritual act.

Those who do not understand it will never be able to build a happy relationship. There is nothing worse than rancor, it makes people unhappy, self-concentrated, excessively vulnerable. Just remember that you will not save anybody, that is why choose happy people for relations. It is much more pleasant to water a growing flower than a dried one.