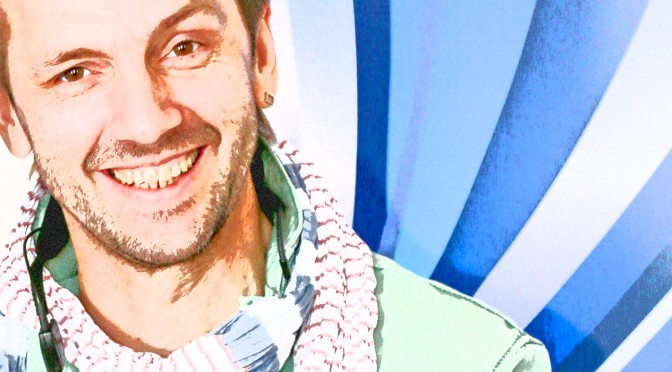 My consultancy method is simple, it has nothing revolutionary in it: I am looking for stable discrepancies. It seems to me that feeling oneself unhappy is a kind of forced stop in movement like the one that happens because of a spike strip on a road, it wasn’t planned to stop but to move forward is impossible. Here there is no any visible spike strip, but there is a car with a running engine that is not moving, so the driver is putting pressure on both pedals with all his might without being aware of it, or is pressing no pedals sitting on a passenger seat (dreaming he is steering), or… well, in general, I am looking for discrepancies.

Say, a person is too serious about creating a “serious” relationship. And I am asking myself the question: “Is there a discrepancy here? Who would want such a gloom? A hard girl wants to organize her private life in extreme concern, even nervously, unsmilingly as if she were stolen all her valuables from and has come to police to write a statement”.

Or a girl speaking in the way that makes you afraid to make a remark is saying that her partner does not take into account. I am trying to imagine myself somebody who is not taking her into account and don’t believe it. Or a girl dressed for an erotic ball and sexually exciting at the mere sight of her is saying that she wants to spend her whole life with one person and die on the same day. Or, on the contrary, a girl who does not excite at all is saying that everybody around is thinking of sex with her; I am looking at her and I am not thinking.

Or an absolutely dull and faded person with no bright spots and sparks in her clothes, make-up, hairstyle, accessories is speaking in the same faint voice about happiness and positivity that hit her and have absolutely changed her life into fireworks. It also happens that people get dressed to pretentious for their manners. Or someone can be saying she desperately wants something she has never had in her life. Or… Shorty speaking, there are different examples of what is called incongruence showing that there is “a spike strip” on the road.

To answer and to listen

If I suspect such a spike strip (my inner “It is strange, “It is interesting”, “I don’t believe” tell me about”) I start asking questions. Something can contradict my own experience, but where does experience come from if not from such insights when oddities and incongruities become understandable and explainable? I ask questions.

I can say, for example: “You have told me four stories. It seems to me they all follow the same line: you are good, and your partner is bad. What can you say about it?” And then I listen. Or I can say: “According to you, you are very gentle and obedient in relations, but you have interrupted me for the third time already, for example. And I think that your husband…does he also think you are gentle?”

Can you revive relations? Check it out. Take test. TAKE SHEO-TEST

Can you revive relations? Check it out. Take test. TAKE SHEO-TEST

To strengthen and to align

If my assumption about discrepancy is confirmed I do the following: I think which part of discrepancy is deeper, “behavioral” part is definitely deeper than “explanatory” one. Say, if somebody is being unfaithful or drinks, or bums, or looks for guilty in his or her unhappy life (s)he is more likely to change explanation of this behavior than the behavior itself.

That is why I try to do two things: to strengthen the behavior (instead of changing it) and to align words and actions.

Suppose, somebody is saying she loves but behaves the way she hates. Let her get the experience to speak in accordance with actions (“I hate!”), firstly, and act (that is harassing the partner) consciously without justifying herself with love. It is called “way to oneself”.

It is easier for a person to add herself beauty when she is looking into a mirror than when she is looking into a board. “To play oneself” method is based on the assumption that we turn the board into a mirror when we cease covering up our non-constructive behavior with beautiful words. The idea is not to become good, but to see oneself as you are. Isn’t it what girls dream of – to be loved as they are? So love yourself first. At least look at yourself for a start. Then it will be clear what should be embellished, how to use real, not imaginary, resources you have. But that’s another conversation.