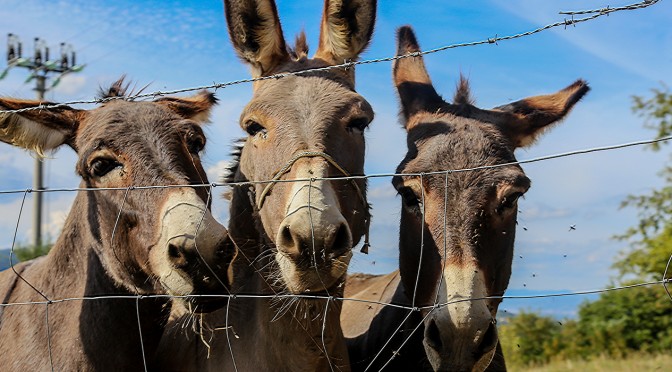 Emotions play Old Harry with us. Just like people with excess weight tend to overeat (rather often trying to distract from the thoughts of their excess weight), people who emotionally feel “small” try to look even smaller to get the care they lack.

A girl who lacks gravitation to attract and retain a boy complains to her female friends about her life and eats herself heart out trying to find “a reason”; though when a boy at last appears on the scene she exhausts him with insults, accusations and suspicions, and definitely finds herself alone again as a result, having acquired new and fresh grounds to complain and eat herself.

She wants “to grow” but to do it she should shift her focus from herself to others (the boy, in particular, his needs and demands). But personal failures lead for such a deep self-doubt that she can’t help concentrating on herself, like “I won’t take care of somebody else unless and until somebody else takes care of me”, which definitely does not happen, as “somebody else” is not at all enthusiastic to scrape off her emotional fat. Spend one or two night together, no problem, but nothing more. Deal with your emotional weight yourself somehow.

So the wish for personal growth turns out something opposite in fact, becoming even more unattainable.

It expands psychological borders of a person, one’s ambition and bombast, but not one’s personality which shrinks on the contrary.

So our girl should refuse perspective of either having a boy or a personal growth. But rather both of them, as she needs no growth without a boy (she is not a fool, is she?), and she will never get a boy without growth. At least a boy she can admire and be proud of.

One tablet is enough

How to slip out of tons of emotional fat and acquire inner attractiveness?

You will be surprised but you need just one not really difficult step.

One should raise the level of her/his inner culture. Clap your hands, just like this. At one blow.

The described-above girl should loudly and distinctly say the magic words: “I am an ordinary hen” and repeat it again and again like a mantra until she realizes that she is really just an ordinary hen.

The same is with people. A girl wants a boy. But it is “an ordinary dish”, as all the girls in the world want the same. There is no uniqueness in it, no cultural stratum, and no fact of art. All mussels and shrimps want something, who cares?

But our girl insists on her right. She wants a boy here and now. She does think that the world has obligations to her, and she feels offended and indignant as the world delays. It creates inner ugliness, that very emotional fat that all decent boys avoid.

At the same time it is easy to get out of this lies. You should just admit: “I am ridiculous”. Admit it properly. Accept it. And “stick a hair” (It is easy to “stick a hair” between motive and behavior, one only needs a bit of awareness. One should understand his or her behavior and play himself of herself, enjoying the play. This will separate the motive from the behavior. A classic loser playing a role of a classic loser ceases to be a loser.

Performance creates a higher level of truth transforming the banality of “the truth” into tears and laughter of a viewer between yourself and this funny role. An artist is not ridiculous, but the role is. But the artist mixing up himself or herself with the role is ridiculous.

It’s important to remember that when a person says “I am ridiculous” (s)he does not cease to be ridiculous. And the girl having accepted herself as an “ordinary hen” does not cease being an ordinary hen. But. But! There is a very important effect: the artist takes control over his or her role. (S)he can now change the character, clarify the mask. (S)he now looks at it from aside and can cry and laugh at him or herself together with others. Clever people will now start building relationship with him or her, not with the mask.

Can you build relations? Check it out. TAKE TEST

Feel the difference. A boy is thinking about a girl: “She is ordinary hen” or “She is saying she is an ordinary hen, huh!” Which of the two girls has more chances all else being equal?..

Awareness adds dynamics which can show itself through the words “so far”, for example. A boy with no self-acceptance and overgrown with emotional fat will be perceived by a girl as: “He is poor.” But a boy who has accepted the fact (and has reported about it understanding its importance) will be viewed by a girl as “He is poor so far.” It makes huge difference.

***
So personal growth starts with self-acceptance.

The key thing here is to accept but not to stigmatize. Say a girl sleeping with one boy after another again and again in the search of her only one can say “I am a whore”, but not as a self-reproach but as awareness of the developed search strategy which is only good enough for a temporary result. Having realized her role she can now make adjustments to the strategy or enjoy it even more. Anyway she will become at least a bit happier.

Emotional weight accumulates and bends us downwards so that we despair or blame. But cursing one’s ignorance and finding out what exact knowledge you lack are different things. The first one makes you plunge into darkness, the second one brings you to light.

Give up to yourselves, my friends.