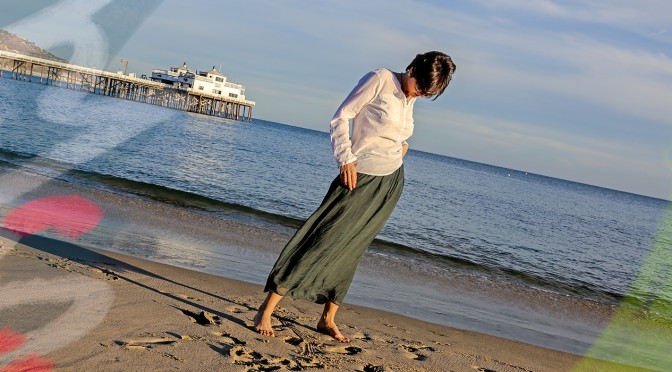 Sister of Mercy is a Sheo-model, a generalized character of a girl who is so good that there is no need marrying her. To be more precise she is not that good. No. She is actually good neither as a mistress, nor as a wife.

She is no good not because she is bad but because that’s what she thinks of herself. She probably waits for a boy to offer her everything. Or she may be shy thinking she has no right to demand. Or she may feel that she does not deeply excite him yet (as she hasn’t learnt the first four lessons of Columbine sister, for example).

She caught the ball before the bound

That is why Sister of Mercy is doing for her man what she could expect him to do for her. She takes care. She helps. She saves. She listens. She supports. She deals with his business. It is all very good, but too early. She should establish herself in the role of a preferred sexual object before acting as his administrative assistant and banker. But she hasn’t. That is why relations idle, but fuel is paid for as the relationship engine runs.

You know it is very stylish as soon as we talk about Sheo-style. Giving away willingly, heartily, not as an obligation. I like it. It is a very good strategy, a very modern one. To give so much that you are paid to explain what you have given. That is why I personally take off my red baseball cap bought at San Diego zoo to Sister of Mercy.

Though one Sheo-principle – the “relationship is exchange” rule – has been violated. Exchange is when you get (or expect to) adequately to what you have given. For some time it can be treated as a game, but the game should be quit when it gets clear that investment will not be returned on. That is what Sister of Mercy is not able to do. She keeps on investing into a hopeless project.

Can you build relations? Check it out. TAKE TEST

Ask yourself a question

I do understand that it is not very easy to turn the train on rails, but you can get off the train. Sister of Mercy Sheo-look contained recommendations aimed at releasing kindness of sacrifice and this Sheo-vector is still in action.

Ask yourself what you invest in when you continue a relationship:

1. Into the hope that his things look black and blue now but will improve soon? Are you sure you are well informed about it?

2. Into his carrier prospects? What is its financial equivalent? How long will it require waiting?

3. Into a genius project which will shower you with money if it works? Do you really view him as a man able to break through the wall?

4. Into expectations connected with some tight resources that will happen to untie soon, inheritance, for example?

I intentionally do not write about relationship prospects, but of money – because Sister of Mercy participates in her lover’s affairs with her labour and very often with her money. The longer she participates acting as a Leading partner the more responsibility for relationship economics she undertakes.

Economics is the basement; relations do not live without it. They can live without sex, but not without economics.

So here is your Sheo-vector: cut down all your assistance projects. Keep emotional support, keep believing, demonstrate your feelings. But do not add your labour and do not pay. Tell him: “I want to see the seeds already planted by me germinating before I plant new ones. What if it is not soil but sand and stones”.

An entirely different matter is that plenty of people demand bread having planted no seeds at all. But it is not about Sister of Mercy, so let’s leave this matter for other Sheo-models.